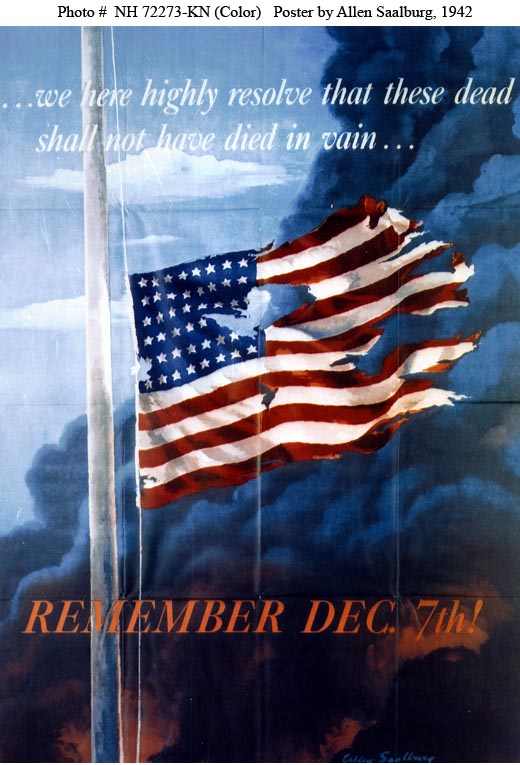 USS Arizona‘s forward magazine explodes after a bomb pierced  the deck, instantly igniting aviation fuel and black powder.  This was the worst destruction from the attack.  1177 men died, many of them instantaneously from the enormous explosion.  The fire burned two-and-a-half-days!  The ship was a total loss and remains buried in the Harbor, along with many of the dead who could never be recovered; they are officially buried at sea.  [For more, see below.]
http://www.nps.gov/history/history/online_books/npswapa/gallery/albums/album13/PH23colorflames.htm